Client Request: To reduce the overall assembly weight of the hospital’s neonatal transportation unit for a Bell 430 Helicopter and a Twin Commander 695 airplane.

Project Summary: Emanuel Children’s Hospital of Portland, Oregon, transports critically ill neonatal infants with their Bell 430 helicopter and Twin Commander 695 airplane in an incubator that attaches to a Lifeport, Incorporated click deck litter. Several staff members have suffered workplace back injuries as a result of the excessive weight of the entire assembly. The hospital asked Fliegen Works to modify the design to reduce the overall weight of the assembly and to get the system approved for operation in the Bell 430 helicopter. 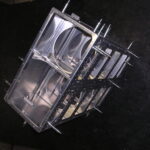 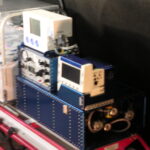